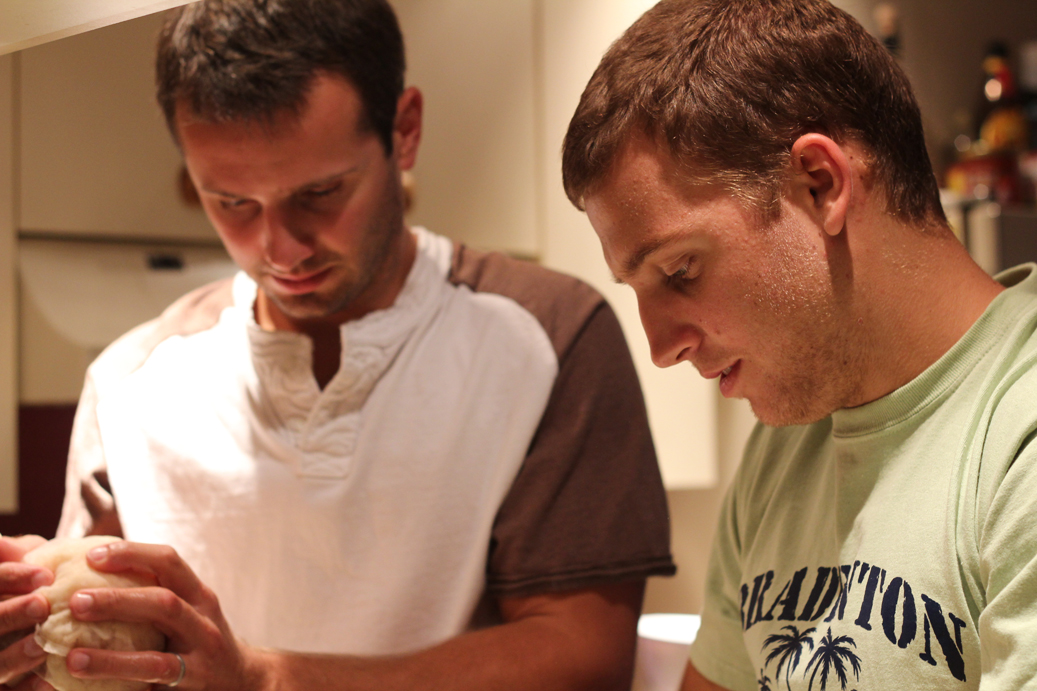 This week, Tamás and I invited a Hungarian friend of his named András (Hungarian version of Andrew, pronounced something like “awhn-drahsh”) to stay with us for a couple of weeks. This actually turned out to be a lovely idea because András actually cooks and cooks very well, so I’ve gotten the pleasure of trying a few new foods while he is here, which, obviously to me, is always a bonus. Unless the houseguest only cooks cilantro. Last week, he made a particularly delicious dish called Sztrapacska, which is like a Slovakian version of, how do I describe it, like a gnocchi casserole? He had gone on a trip once to Slovakia and wanted something cheap to eat at a restaurant. The cheapest thing was this dish and he absolutely loved it. And so did I when I tried it. Sztrapacska (pronounced something like “shtrah-pahtch-kah”) is a type of peasant food, which is a term that describes, according to Wikipedia, “those dishes specific to a particular culture made from accessible and inexpensive ingredients and usually prepared and spiced to make them more palatable.” Some versions of peasant food that we still commonly eat are: baked beans, minestrone, po’boys, pea soup, polenta, ratatouille, tacos, and succotash. Sztrapacska in the Oven

I happen to like dishes such as these so much because they are the “comfort foods” that we so often turn to and are very cheap and easy to make. And it’s cool to note the peasant foods of other cultures, because you can learn a lot about them in just that way. Tamas and his family have introduced me to quite a few of these foods, which are mostly all variations on just a few themes, and they are all amazingly delicious.

And if you’re not familiar with Europe, take a look at this map to see where Slovakia is in relation to Hungary (where my husband Tamas is from) and the other countries in Europe. ‘Cause sometimes it’s cool to be a bit nerdy. So here is thorough video with the recipe for this food, showing pictures of us when Andras and Tamas prepared the dish for us the other night. So you can enjoy it right along with us! And the recipe follows.